Previous
Next
14/01/2016
The school celebrated Margaret Lister Day on 6 January, which is Margaret’s birthday and also Ethiopian Christmas Eve. On Ethiopian Christmas Day the school, which has Christian and Muslim pupils, closes, it being a public holiday.

Each year the teachers and schoolchildren celebrate Margaret Lister’s life. Before she died in 2013, Margaret, who was a retired teacher, raised funds for the school. Her efforts in England saved the school from closure. She raised thousands of pounds every year.

Margaret Lister Day 2016 was a day of games and treats for the children. They watched films, danced, played musical chairs, chased balloons, and enjoyed a traditional Ethiopian lunch.

Usually, the Margaret Lister Prize is awarded to a schoolchild who has overcome difficulties to make progress and has a good attitude to his or her studies. However, because Kate was not there to organise it, the prize will be given later in the year. The prize is a book, stationery items, and clothes. And, in addition, the prizewinner’s mother (or guardian) receives 100 Ethiopian birr towards food or clothes for the child.

Also, unfortunately, because Kate was absent, Father Christmas did not bring gifts for the children this year. To make up for this, he will bring very good presents next year. If you would like to make a donation towards the presents for the children on Margaret Lister Day 2017, please see GIVE. 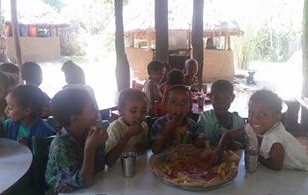 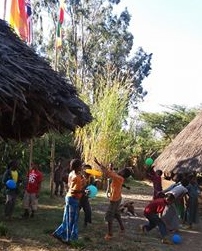