Today (Monday, 26 May) there was a heavy downpour during the lunch break, so the gate was opened early to let the children come in out of the rain. Before their lessons began at 2.00 pm, the Grade 2s played with table-top games and toys in their classroom and the Grade 1s played in the Wendy House.

The heavy rains usually last from late May until October (but started much earlier this year). They begin with blustery squalls that are short-lived. But by July, the rain is torrential and persistent, causing landslides on the escarpment that wash away water pipes, cutting off the water supply (so people use rainwater), and bringing down electricity cables, causing power cuts that last for weeks (so food is cooked and water heated over fires).

When looking at the images below, notice how few children have jumpers, their families being too poor to afford them. Most of the girls wear flimsy synthetic dresses. When it rains, the temperature drops significantly so an extra layer of clothing is very necessary. From time to time, supporters do send or bring clothes that are distributed to the schoolchildren.

There is always a big problem with lice, which is why some of the children have shorn heads.

You’ll see Lulu in the first image. She’s a Chihuahua-cross that Kate and her husband rescued in Gonder in 2007, so she’s about seven years old. She had one female puppy three weeks ago, on 5 May. Lulu is named after Emperor Haile Selassie’s pet Chihuahua, which was, apparently, male. 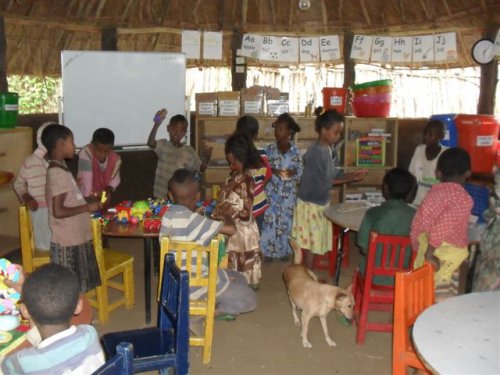 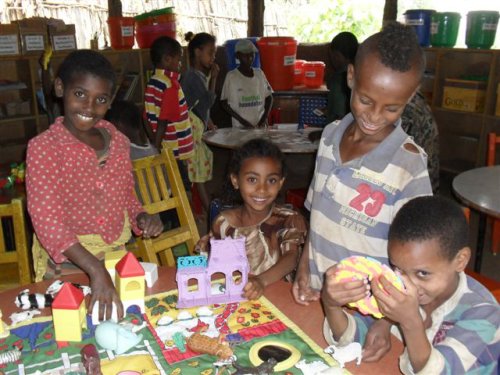 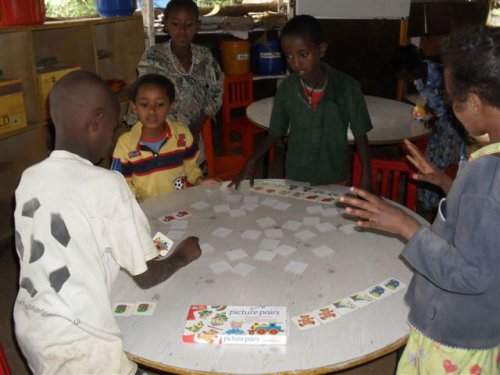 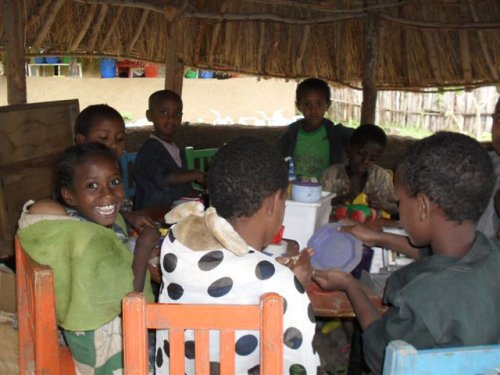 Grade 1s play with cooking equipment in the Wendy House 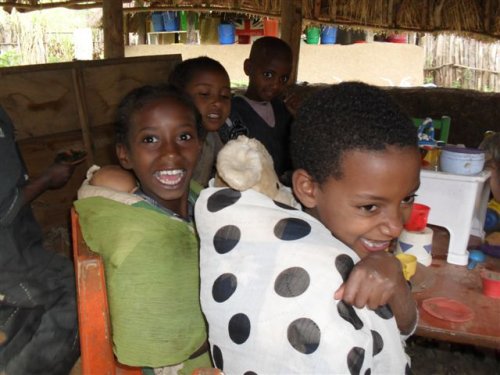