Previous
Next
04/03/2014
In March each schoolchild was allocated to a house. There are four houses at Empress Mentewab School, for inter-house competitions and sports:

Plowden House
In 1860 the British consul, Walter Plowden, was killed by rebels; his tomb is in Gonder. On his travels it is very likely that he came through Dib Bahir at some point.
House colour - green.

Windsor House
Queen Elizabeth II and Prince Philip visited Gonder and passed through Debark in February 1965, on their way to Asmara with Emperor Haile Selassie. They would have driven right through the village of Dib Bahir when they headed north from Debark.
House colour - yellow.

Copying the house-sorting method at Harry Potter’s Hogwarts School of Witchcraft and Wizardry, a sorting hat was used. Following the sorting ceremony, an inter-house relay race was held in the meadow outside the school. The children had to run round a pole carrying an electricity cable. Bruce House won this race.

At the end of the school year, a House Cup is presented to the house which wins the most points from sports events and quizzes. 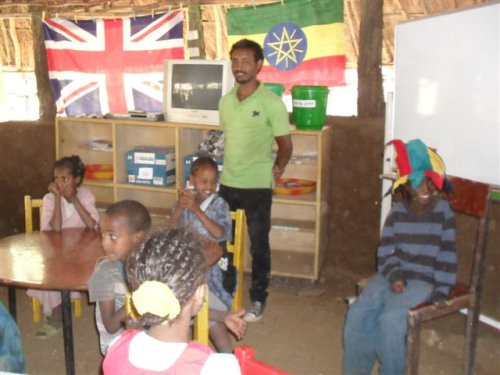 pupils are sorted in their houses 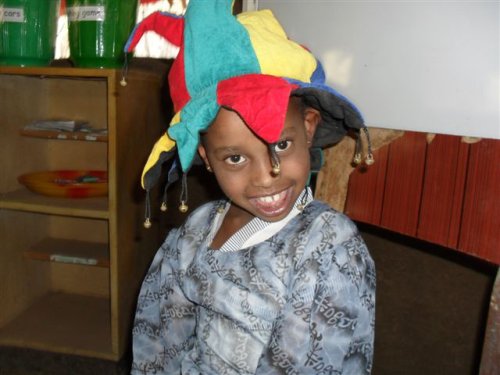 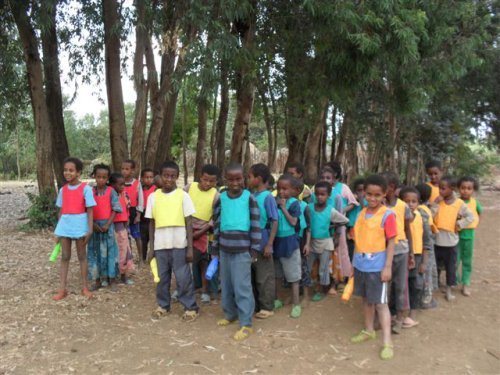 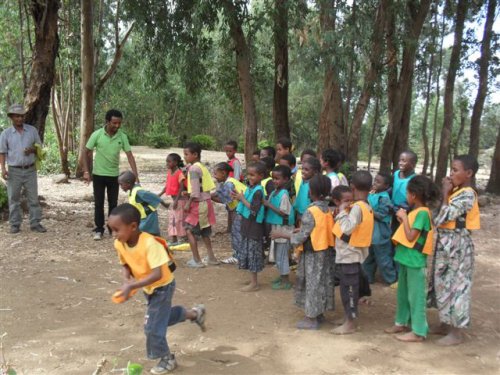 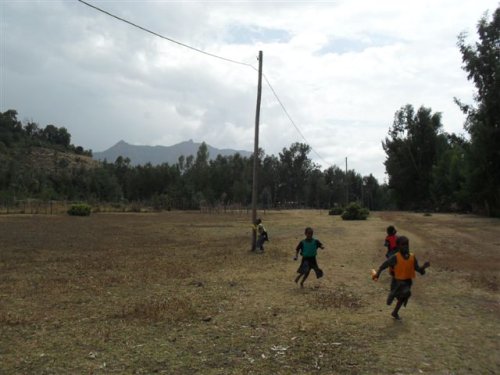 round the pole and back again!
Next
Previous