Previous
Next
06/01/2014
Ethiopian Christmas is on 7 January and this is a one-day public holiday in Ethiopia. On Christmas Eve, the school, which has Christian and Muslim pupils, celebrated the Margaret Lister Day, an annual fun day for the staff and children in memory of Mrs Margaret Lister, a retired teacher in Gravesend, England, who died in April 2013.

Margaret Lister
"Margaret was the best fundraiser the school ever had and I can say that Empress Mentewab School would probably not exist now if it had not been for her steadfast support, because before I had Internet access from Dib Bahir I found it very difficult to promote the school," said Kate. "When Margaret died, I lost not only a truly wonderful friend but also the main source of income for the school."

Margaret Lister, who would have been 70 years old on 6 January 2014, passed away on 2 April 2013 and it became possible to connect to the Internet from Dib Bahir just over two weeks later, on 18 April 2013, although the Internet access is not always available and often runs at such a slow speed that Kate is prevented from working on it.


The Margaret Lister Day 2014 was a day of fun and feasting for the children. They watched children's DVDs on TV, danced to traditional music, enjoyed a delicious lunch (cooked by local women), had a visit from Father Christmas (Kate's husband, Asenake) who handed out Cadbury Eclairs (toffees) donated by Betty (a UK supporter), and played games.

In addition, the Margaret Lister Prize was awarded to a girl in Grade 2. This is the first time this annual award has been given. The recipient is a schoolchild who has overcome difficulties to make progress and has a good attitude to his or her studies. The prize for the child comprises school stationery (jotter, pens), art materials (crayons, colouring book), a book, a schoolbag, and clothes. In addition, the prizewinner's mother (or guardian) receives 100 Ethiopian birr towards food or clothes for the child.

"We all had a wonderful and exciting day," said Kate. "You should have seen the children's faces when Father Christmas arrived!" 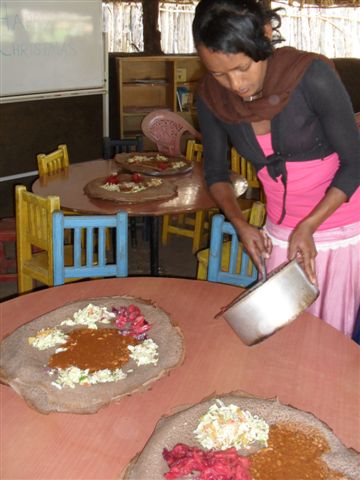 food being served for the children's party 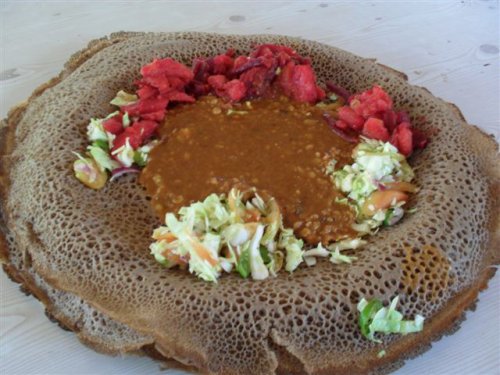 injera with lentil sauce and vegetables 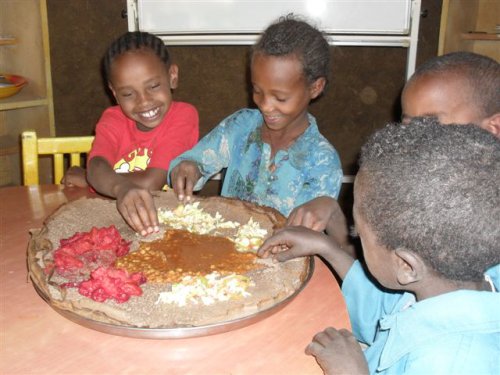 the children tuck in 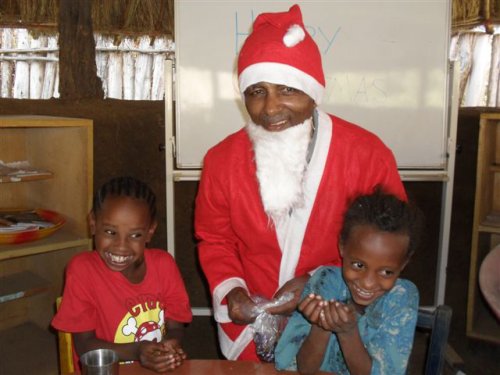 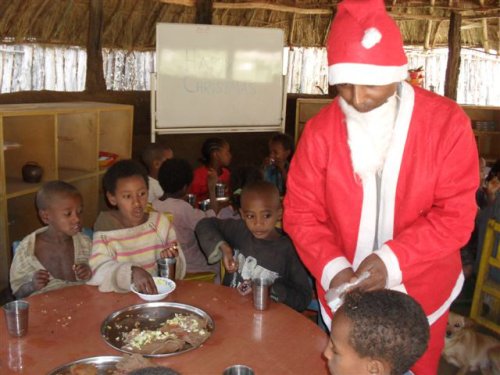 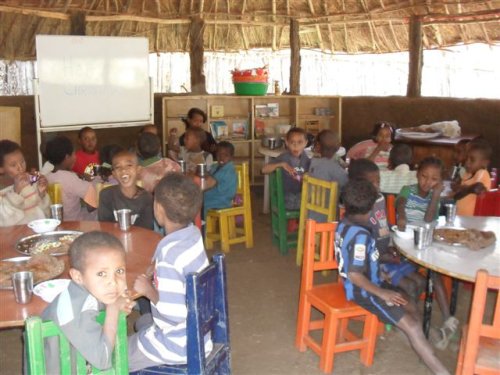 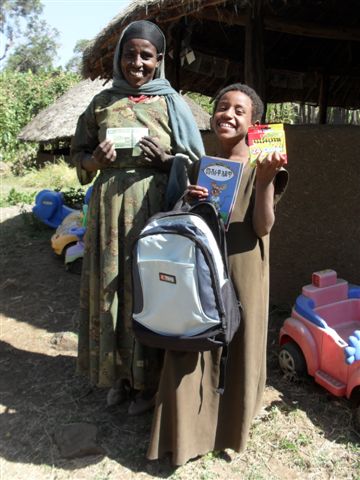 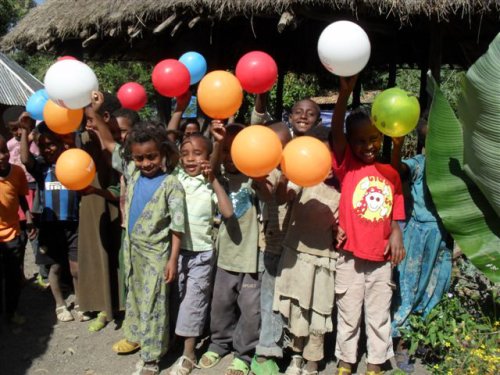