The long kiremt rainy season drew to a close at the end of September 2010. The 2010 rains were heavier than normal, damaging crops and buildings, flooding rivers and washing away bridges. In one August week, 19 people died in rivers in the Amhara State and an important bridge north of the state capital, Bahir Dar, collapsed, cutting Gondar off. North of Gondar, the main road to Aksum was blocked for days when a great tree fell across it.

An exceptionally violent storm hit the Debark area in June, at the beginning of the rainy season, damaging many buildings, including the Playgroup 1 classroom under construction at Empress Mentewab School. The brand new roof was blown off. 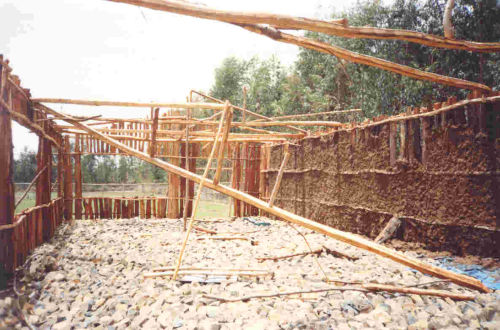 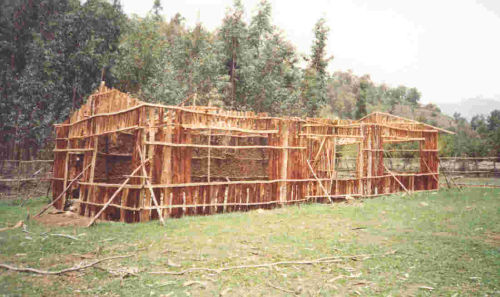 the classroom after the storm

The twisted and crumpled corrugated-metal sheets from the old roof have been used in the construction of three new buildings at Empress Mentewab School: guard hut, and donkey stable and animal feed preparation hut in the "Pets Corner". 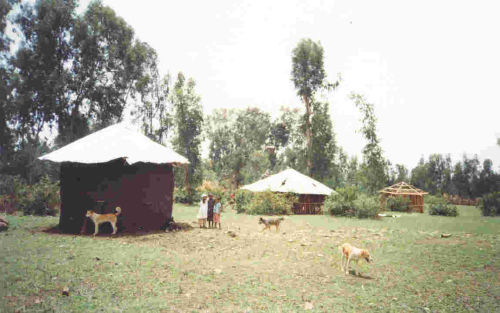 Work on rendering the classroom walls stopped during the rains. The rendering material used is a mix of mud and straw, which is thrown on to the wooden frame of the building. 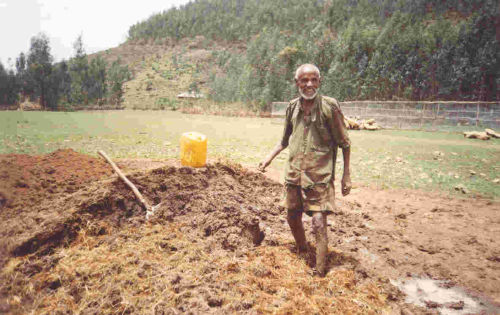 mixing mud and straw for rendering the walls

To help with the building work at Empress Mentewab School, please make a donation - see the GIVE section for details.
Next
Previous