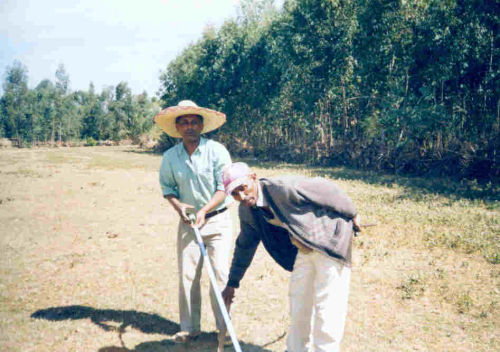 measuring the position of the first classroom
The measurements for the first classroom at the new Empress Mentewab School were made in January 2010 and by March the walls were up and the roof on, the pit latrine was dug and the playgroup area fenced. The classroom, which will serve 20 pupils, is 15 metres long and 7.5 metres wide. 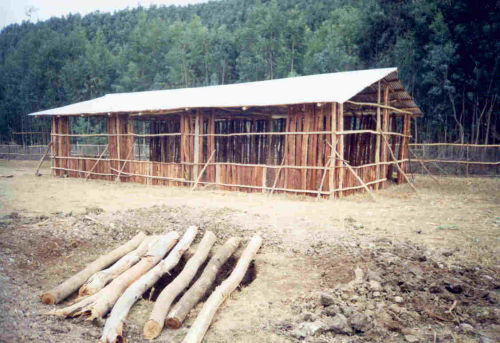 classroom and pit latrine under construction

In April the flower borders were marked out and in May planting began. Seven varieties of bougainvillaea and a number of other plants were purchased from a nursery in Gondar and transported to Dib Bahir. 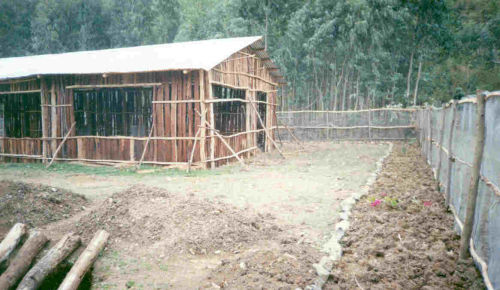 At the end of May work started on rendering the walls. The rendering used is a mixture of mud and straw. Three layers will be made over several weeks.

The fabrication of the doors and windows was delayed due to the metalworkshop in Gondar waiting for fresh supplies of metal to arrive from Addis Ababa, but they are now being made. 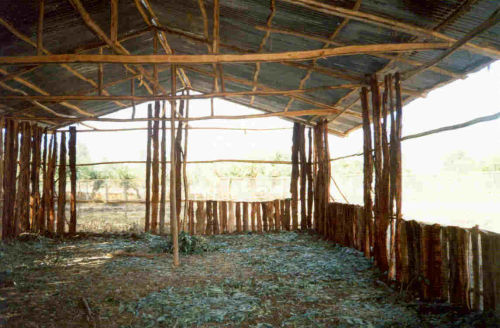 The floor has been prepared ready for laying concrete, but a cement shortage has delayed further work on this for the time being. Cement factories closed in May for annual maintenance, the shut-down deliberately coinciding with the end of the dry season when hydroelectricity is rationed and there are power cuts. The little cement that is available at present is exhorbitantly priced.
Next
Previous