blind Gedelitu
In January 2010 a blind donkey was brought to Kate in Gondar. The female donkey had been abandoned on the edge of the city. Mari, who used to work for Kate at the Tara Centre, had spotted the donkey and kept an eye on her for a week or so, to see if there was an owner. After she was sure that the donkey was indeed abandoned, she brought her to Kate and informed the police of her action.

Kate called the donkey Gedelitu, after a pretty blind girl she helped. The girl now attends a school for the blind near Gondar and is sponsored through The Kindu Trust.

A week later Gedelitu the donkey was moved to Dib Bahir by truck. She joined Kate's other rescued donkeys. Kate and her husband realised that Gedelitu was pregnant. 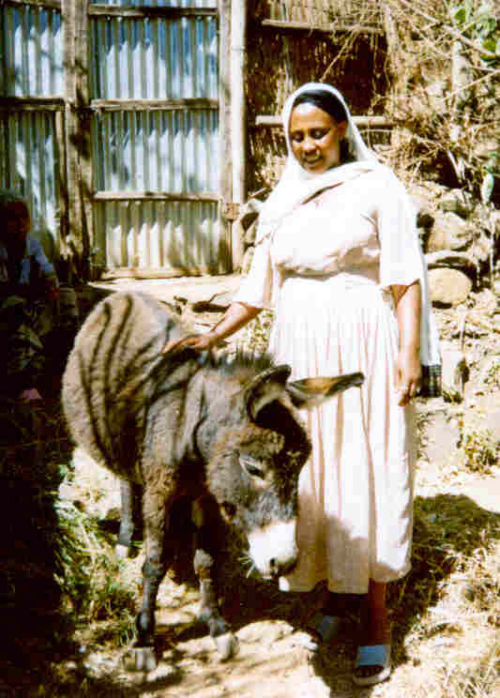 Gedelitu and Mari
Next
Previous