24/08/2014
I’ve lost count of the number of spider bites I’ve had, but I think it must be seven now. The latest occurred in mid-August when I worked late one night to send out the school’s August 2014 newsletter. At night I usually always sit with my feet resting on stools so that they are off the floor where the spiders are moving about, being nocturnal hunters. However, I must have absentmindedly put my feet down, and along came a BIG spider (because it’s the biggest, most painful bite I’ve had yet)… 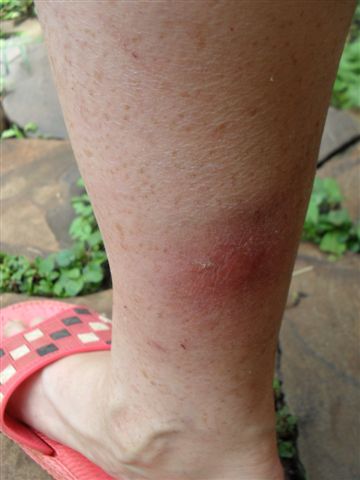 I felt neither the spider on my skin nor its venomous fangs, and only noticed the painful swelling a couple of days later. It was very sore for a few days, but the worst of the pain has now passed, although the area around the bite remains red and swollen. It will take months for the pain to completely ease and for the red colouration to subside.

My first spider bite was in 2010, eight years after I came to live in Ethiopia. I was watching television one evening and felt something on my right calf. I put my hand there and brushed away a large brown spider, which ran off across the floor. All my subsequent spider bites have been close to the site of the original one. I’ve had no other spider bites anywhere else on my body. It suggests to me that spiders can sense that venom was released in my skin and this possibly attracts them and triggers them to do the same, but I need to do more research to find out why this should be. Nobody else in my family suffers from spider bites - just poor, old me! 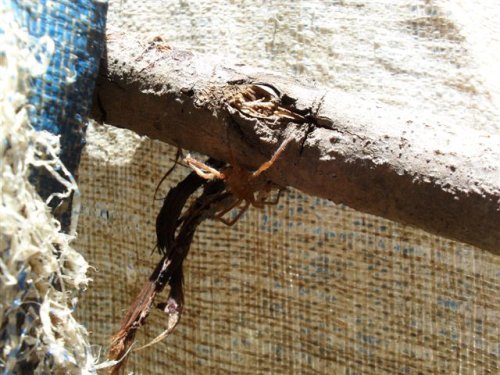 a spider lurking in our outdoor shower cubicle
Next
Previous