30/06/2014
We have three apple guava trees and this year they gave bountiful fruit. I was never a guava addict until I came to live in Ethiopia. Now I can say that the smell of the apple guava fruit is the most delicious aroma on Earth, better even than lemons, or roasted coffee. And the taste… well, when it is properly ripe, it’s sheer bliss to bite into the succulent fruit.

Guavas originated in Mexico, Central America and northern South America but are now cultivated throughout tropical and subtropical regions. They are a member of the Myrtle family (Myrtaceae) genus Psidium, which has about 100 species of shrubs and small trees. The apple guava (Psidium guajava) is the most frequently eaten species.

It is an interesting fact that one apple guava fruit contains about four times as much vitamin C as an orange. (So next time you feel a cold coming on, buy guavas, not oranges.)

Earlier this month I saw guavas for sale in Gonder. Young men with wheelbarrows full of the fruit were selling them on the street. In local cafes I drank freshly-squeezed guava juice, and layered juices (mango, guava and avocado with a dash of lime) - simply heavenly.

Our guavas began ripening in early May. Now, at the end of June, the crop is almost finished. But, never mind – we are still able to buy tasty bananas from farmers bringing them up from the Shimel River valley. 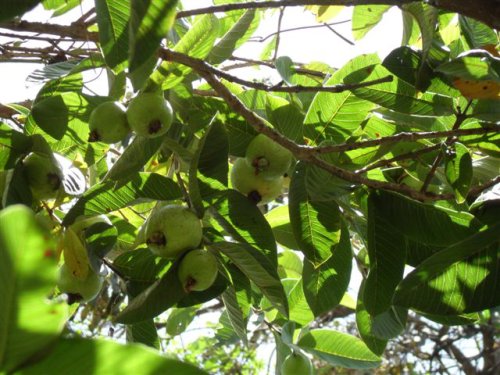 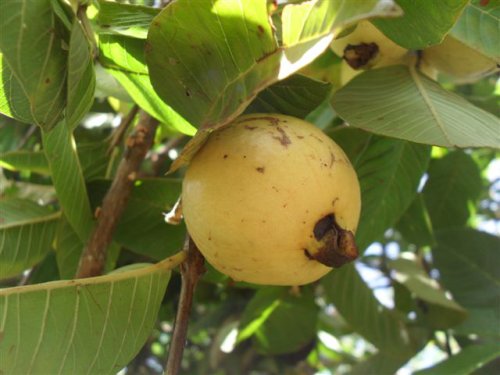 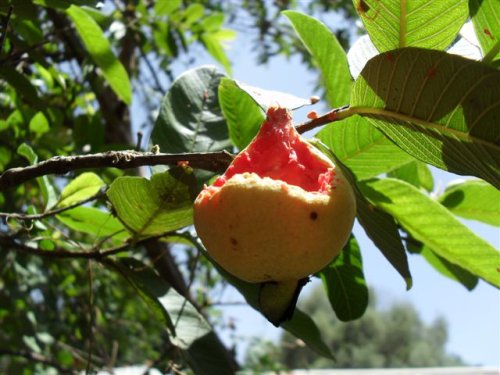 the birds ate this one 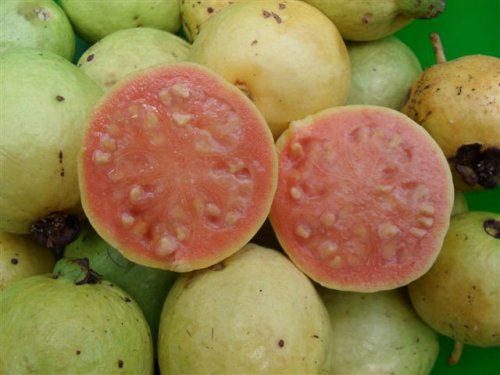 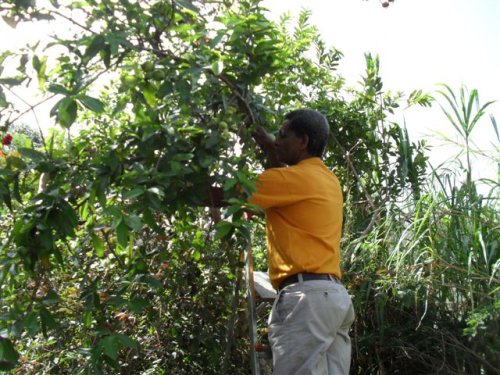