A Spider in the Laundry

At first, because of the mottled colouring, I thought it was a species of crab spider. They are common on the walls of our house, living behind picture frames and furniture. However, crab spiders have very flattened bodies and this spider is not flat.

A female spider lays her eggs in a silken sac. Depending on the species, the sac may be attached to leaves, twigs or bark, or placed in crevices or in or near the web, and some are carried about by the female. This spider seems to be a female that is carrying her egg sac.

After photographing the spider, I let her run away outside. She was a fairly big spider, being at least five centimetres (two inches) long.

It's an interesting fact that most spiders live one or two years, but some can live as long as 20 years. 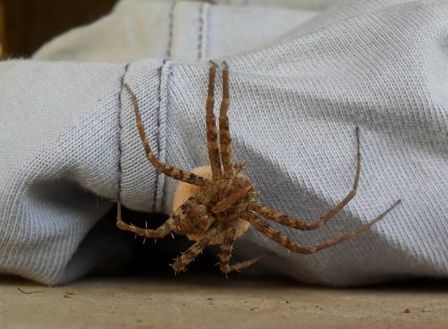 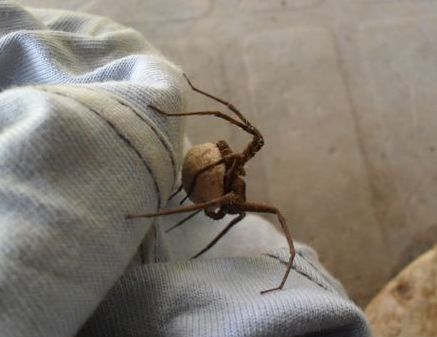