05/12/2012
The pied crow (Corvus albus) is common across much of Africa. Its karh-karh-karh cry is a sound I often hear. 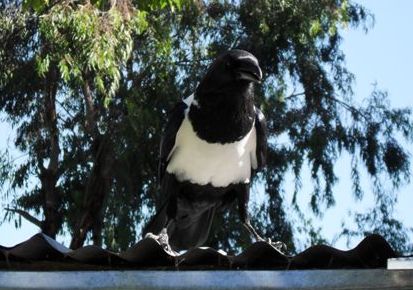 The pied crow below is eating food on the roof of my office. The food was meant for my oldest and biggest tom cat called Tewodros (named after Emperor Tewodros) who is fed separately from my other cats because he intimidates and fights with the young males. The local pied crows know when it is feeding time for the cats and they fly in. Tewodros is the son of Tesfa (meaning Hope), one of my oldest cats. I once saw a pied crow grab Tesfa’s tail with its beak and give it a yank to move her from her food so that the crow could eat. 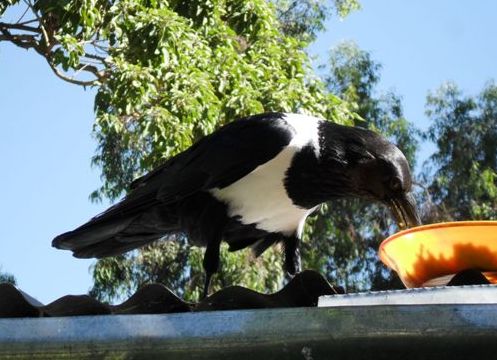 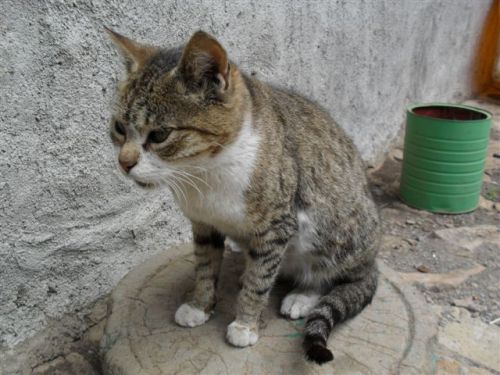