A Day Trip into the Simien Mountains National Park

23/11/2012
Ace Cultural Tours is an English company that runs escorted tours of Ethiopia. Last week the tour leader, Jean Broadbent, contacted me to arrange for her group to see Empress Mentewab School. The day after their visit, the group went on a day trip to Chennek, about 30 miles east, high up in the Simien Mountains, and I was invited to join them. What a treat! 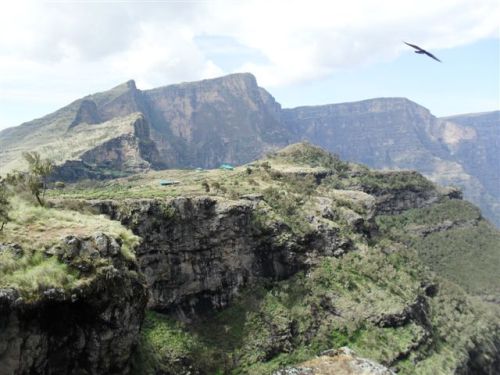 At a height of 3,620 metres, Chennek camp is the highest I have ever been and I felt the effect of the altitude, suffering from headaches for two days, despite drinking copious amounts of water. However, the discomfort was worth it because it was an unforgettable day. 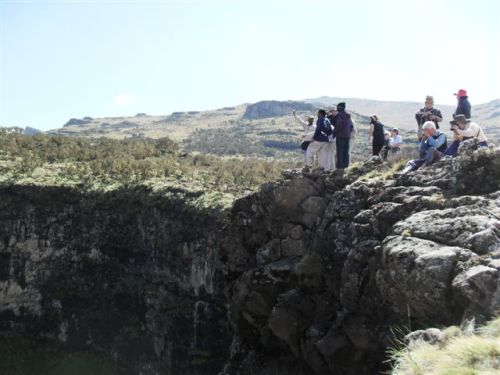 The views were superb and we saw the critically endangered wild goat, the Walia ibex, on cliffs at Chennek and various bird species, including a pair of lammergeiers (bearded vultures) soaring above the northern escarpment, the ubiquitous black kites, and thick-billed ravens. 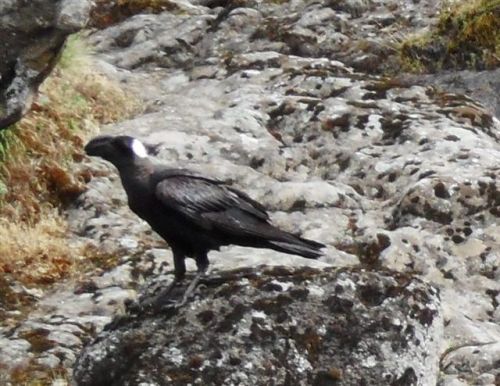 The Walia ibex was hunted close to extinction in the 1960s. Indeed, my husband, Asenake, who comes from the Simien Mountains, has childhood memories of his father shooting ibex for meat to feed his family. Fortunately, local farmers no longer hunt the ibex and its numbers have increased from about 150 in the late 1960s to around 600 now. 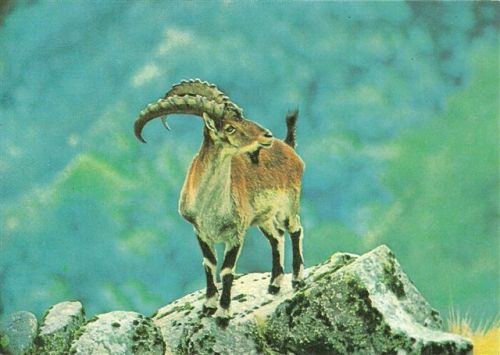 After a picnic at Chennek, we set off on the return journey. Following the Belegez River west, we saw along the roadside many red hot pokers, which grow at high altitudes (between 2,400 and 4,000 metres). We also saw giant lobelias, some in flower, although I did not manage to take a good photograph of them. 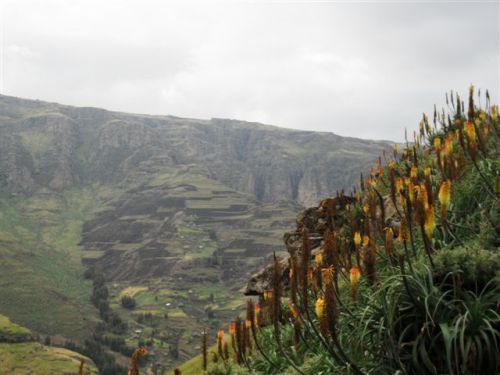 Near Sankaber (altitude 3,250 metres) many Geladas were grazing near the escarpment rim. Geladas are a vegetarian monkey only found in the Ethiopian Highlands. They never stray far from the cliff edge, which is their refuge when danger threatens (they are preyed upon by leopards). At night they climb down the steep cliff faces and roost on ledges, huddled together for warmth, the Simien nights being frosty and bitterly cold. Geladas never eat meat, or hunt or kill even small birds or mammals. They forage and browse herbs, grasses and roots, but sometimes eat insects and locusts. Amazingly, Geladas have been seen at the top of Ras Dejen (altitude circa 4,500 metres), the highest mountain in the Simien Mountains and in Ethiopia, where there is nothing for them to eat, so they must just go up there to admire the view! 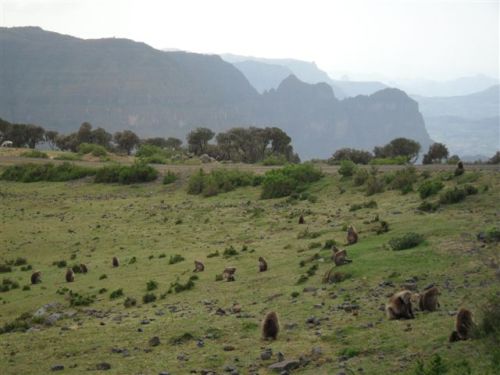 Geladas grazing near the escarpment rim

After passing Sankaber, we stopped for refreshments at the Simien Lodge, "the highest hotel in Africa" at an altitude of 3,260 metres. I had a truly delicious hot chocolate.

Worn out by the long high-altitude drive, we returned to Debark to have dinner at the Simien Park Hotel. The dining room had a lively Dragoman Overland Adventure group on one side of the food-laden buffet table and the weary Ace Cultural Tours group at the other side. Addressing both groups, Habtamu, the manager, who is related to Asenake, suggested that two people from each tour group approach the buffet at a time, to be fair. The Dragoman group comprised mostly young people, in contrast to the Ace group who were generally middle-aged or retired. Fortunately, the generous Dragolanders laughed loudly and urged all of us old fogies to eat first!

Jean will be leading two Ace Cultural Tours around Ethiopia in the autumn of 2013. They are: Historic Ethiopia (which includes visits to Empress Mentewab School and the Simien Mountains) and Ethiopia Uncovered (which includes travel to the Gheralta Mountains, Awash National Park and the Bale Mountains).

For almost 15 years the Historic Ethiopia tour was led by Richard Snailham, who handed over to Jean last year. Watching Jean at work, I could see that she was obviously born to be a tour leader: she is well-organised, considerate and knowledgeable. She has introduced homely touches to the tour such as handing out toffees or chocolates when she feels the group members are flagging and in need of an energy boost. Often her husband, John, accompanies her and he also has an encyclopaedic knowledge of Ethiopia. Tour group members could not be in better hands. 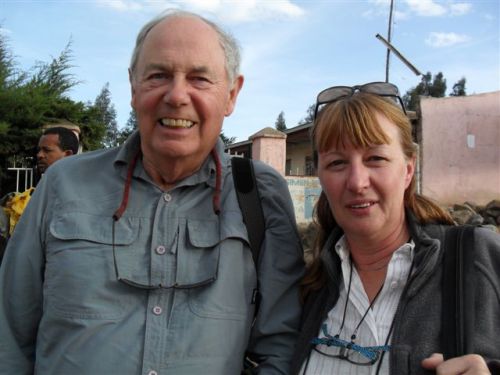 If you are interested in visiting Ethiopia in 2013 and coming to see Empress Mentewab School, join Jean’s Historic Ethiopia tour. For full details, see the website of Ace Cultural Tours or phone them at +44 (0)1223 841055. 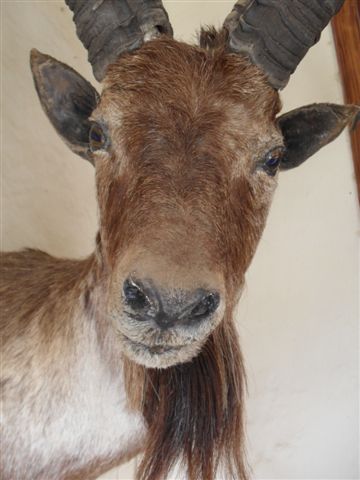