20/11/2012
At the end of October I found a dead butterfly outside my office. I photographed it and did a second photograph with the rear wings pulled forward to show the patterns on them.

This butterfly is a member of the Danainae subfamily, which has about 300 species worldwide, although most are in tropical Africa and Asia. Danaids are also known as milkweed butterflies.

Fossils found in Brazil show that the present Danainae subfamily originated more than 20 million years ago.

Danaids are poisonous and so are left alone by birds and other natural predators. Apparently, they are extremely tough and hard to kill (not that I would ever wish to harm one).

I have yet to identify this specimen's species. 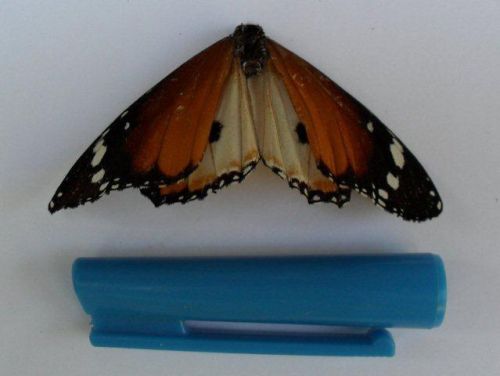 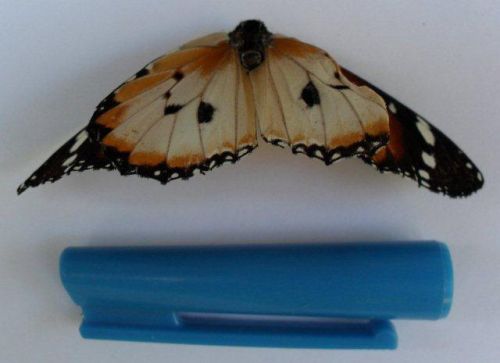