31/08/2012
In early August I missed my usual monthly week of working on the Internet in Debark because of heavy rain. There were many landslides on the escarpment road above Dib Bahir, some with rocks the size of cars. 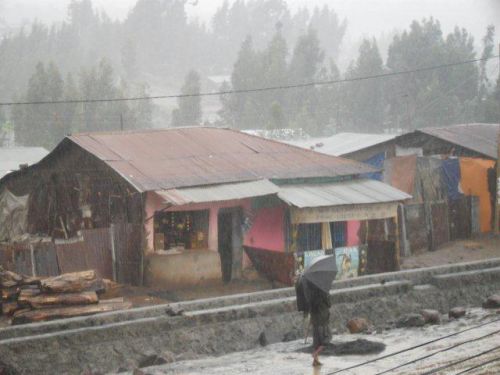 Eventually, I risked the journey at the end of the month and found Debark as wet and cold as it had been during my last visit in early July.

Debark is particularly muddy this year because of the road construction work. One of the lorries used to transport stone was driven too near the edge of the road opposite my hotel. It was at risk of overturning. 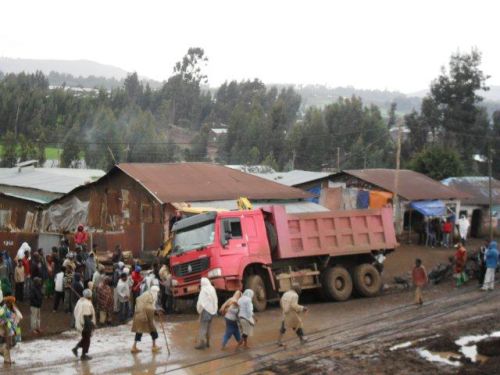 I watched the drama unfold from the hotel room window. Eventually, the lorry was saved after one digger pushed with its bucket from below, another pulled with its smaller, long-armed bucket from above, and a big digger pulled from the front with a cable. 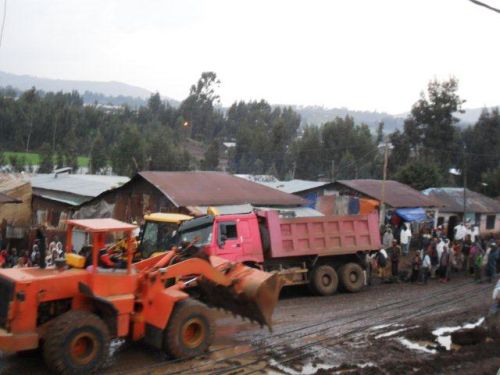 The rainy season will end during the next few weeks.
Next
Previous