In Memoriam
A malformed kitten from the slums
Previous
Next

In 2002, Kate was walking through the slums in the market area of Gondar when she spotted a tiny fluffy kitten with infected eyes and filthy ears sitting in the dust. 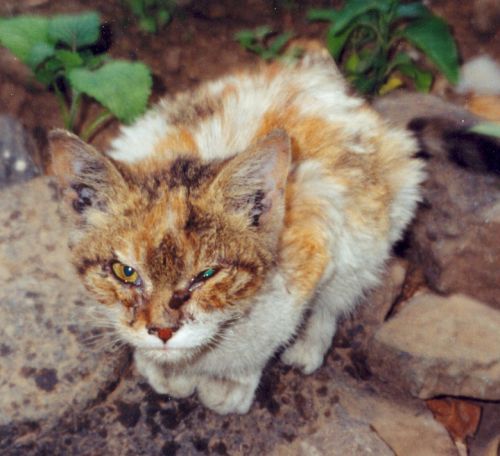 Dusty on arrival at Kate's home

"When I examined the kitten, I realised that the poor thing was starving," said Kate. "Beneath her fur, she was just skin and bone."

After lots of tender, loving care, Dusty made a complete recovery.

"Dusty grew into a beautiful cat," said Kate. "She had a very sweet disposition." 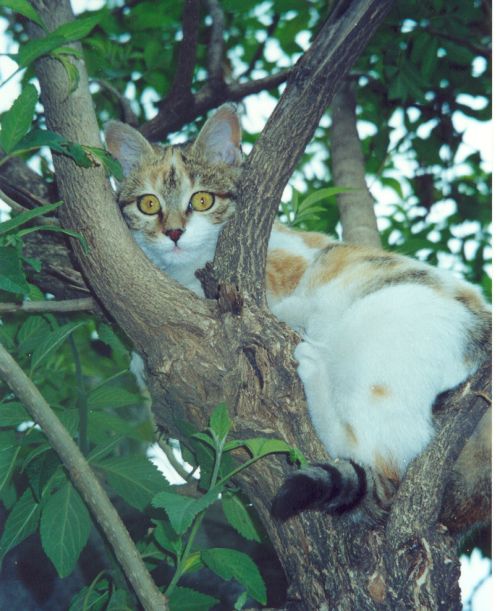 Dusty: beautiful during her pregnancy

But due to the severe malnourishment Dusty suffered in her early life, she was malformed and so later was unable to give birth normally after she became pregnant.

Despite Kate's intensive care, Dusty died of toxaemia, there being no surgery available in Gondar at that time to remove the dead kittens' skulls from her womb and so save her life. (Kate had been able to pull the dead kittens' bodies out, but their skulls could not pass through Dusty's narrow pelvis.)
Next
Previous