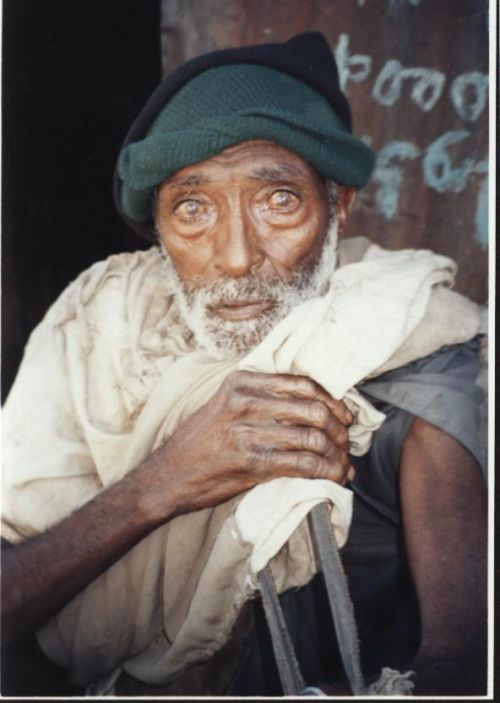 Feseha Gebru on the day Kate first met him in 2004
Feseha died on 1 August 2009, the day after he was badly stung by a swarm of angry bees.

A neighbour explained, "The bees were upset because a building on a nearby slope collapsed after heavy rain."

After being stung, Feseha was treated for shock at a local clinic and given some tablets to take. Later, at his home in Gondar's slums, he suffered from bad diarrhoea and became dehydrated and weak. Feseha had no family and his neighbours, who were poor and ignorant, did not take him to Gondar Hospital.

Feseha Gebru
"They just waited for him to die - nobody thought to let me know that he was very sick," said Kate. "I realise he was an old man, but he was very active and - with help - he could have lived for another decade."

Aged 81 years, Feseha was one of the oldest beneficiaries of Kate's sponsorship scheme, receiving 150 Ethiopian birr each month from her.

"I helped dear old Feseha for almost five years," said Kate, who visited his grave at Cherkos Church in Gondar. "He was a great character and I miss him."