Previous
Next
Saturday, 11 March 2017, was a terrible day for the school.

At 2 o’clock on this quiet afternoon, Kate and Asenake’s children, Tom and Menen, were happily watching a DVD film in the Grade 5s' classroom when a blue flame shot up from the back of the old television. Unfortunately, the flame caught the thatch, which immediately began to burn. The children ran out of the hut and shouted for help, and Asenake and others came running.

March being well into the long dry season, the thatch was bone dry, so burnt quickly. Neighbours helped Asenake save some furniture and equipment, but the heavy shelves, whiteboard, television, DVD player and most books were lost in the fire when it engulfed the hut. Nobody was hurt, thank goodness.

The next day Menen rang her mother in England, where she was receiving a second round of treatment for leishmaniasis (a tropical disease), and told her the bad news. Menen said, ‘It’s a good thing it happened at the weekend or we’d all have been burnt to a crisp!’

School continued, using the other classrooms, but with the children having grown so big, it was a squeeze to fit them all in.

There is no doubt that the fire was started by an electrical fault in the old television set. Such bad luck.

Kate was shocked by the news and wanted to make an immediate appeal for funds to rebuild the classroom, but, as a result of the leishmaniasis treatment, she was just too poorly to do so. 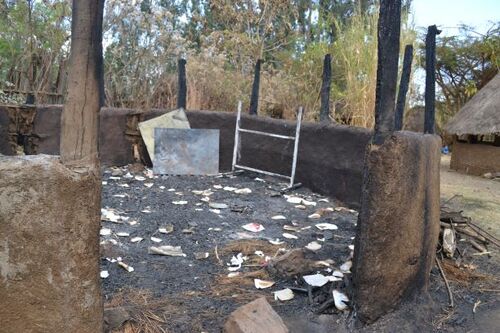 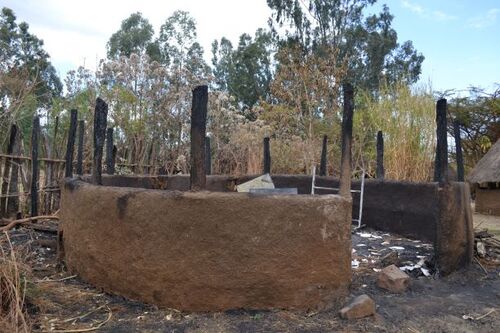 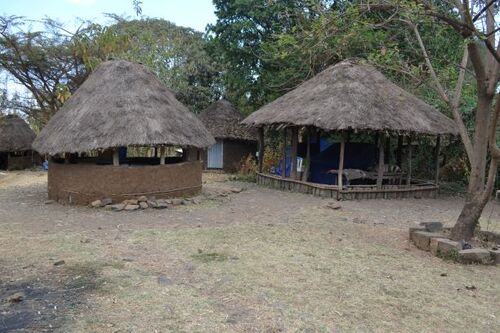 undamaged part of the school 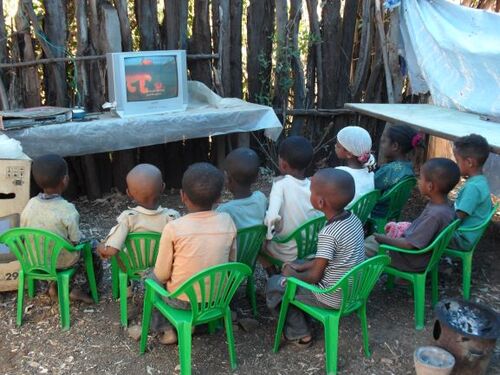 the culprit
Next
Previous