In late March we began work on the second classroom, using eucalyptus wood for the frame, walls and roof, grass for the thatch, and mud and straw for the rendering.

First a circular trench was dug. The man in front used a pick-axe to break the soil. The man following shovelled the loosened earth out of the trench. 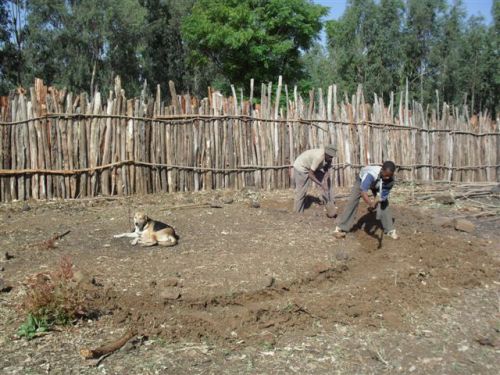 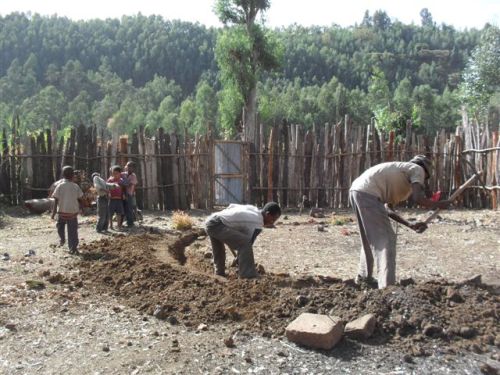 Local women were glad of work when we paid them to move stones from the school’s old site to the new site. The stones will be used for building footpaths, paved areas, and the classroom floor. 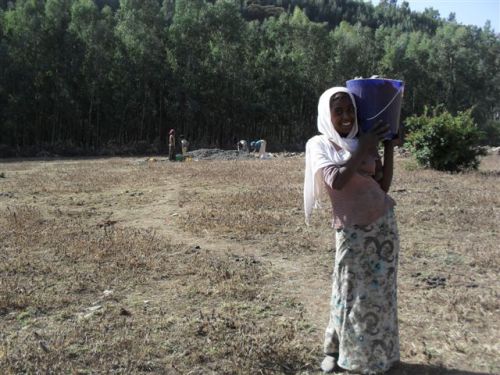 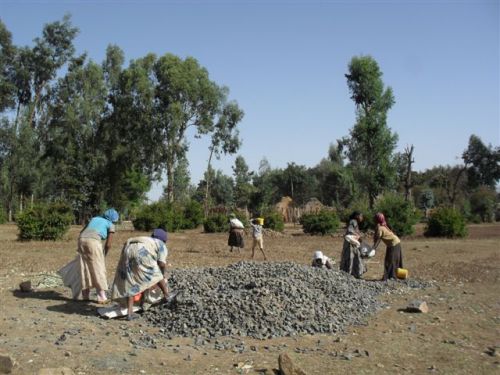 Meanwhile, mud and straw were mixed in preparation for rendering the walls of the new classroom. After being thoroughly mixed, the mud and straw must mature for two or three weeks before being applied. 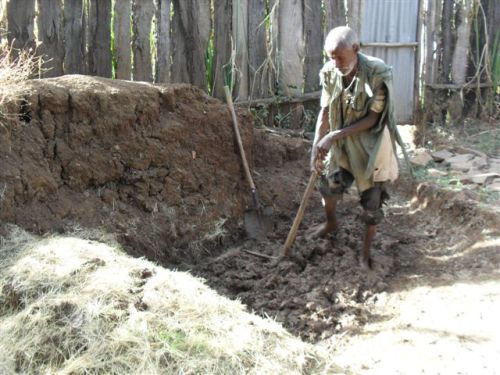 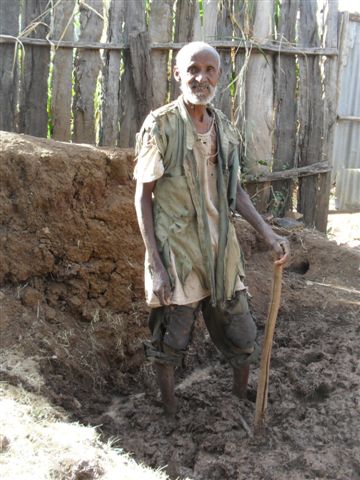 mixing the mud and straw

The uprights were erected and the trench filled with earth again. 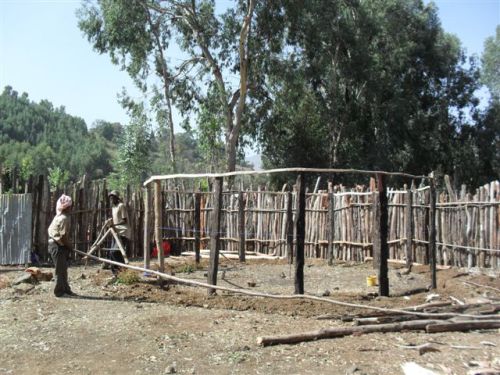 working on the classroom walls

The walls were made from wood. After that work began on the roof. 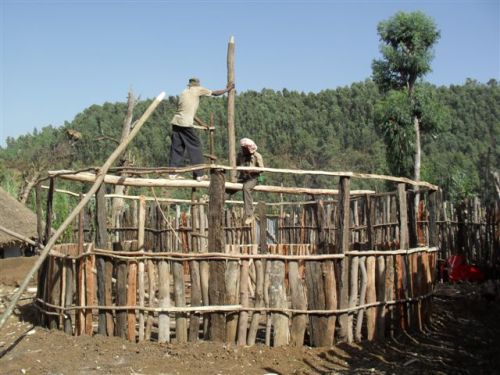 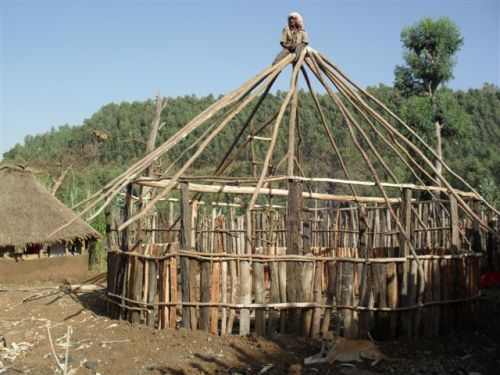 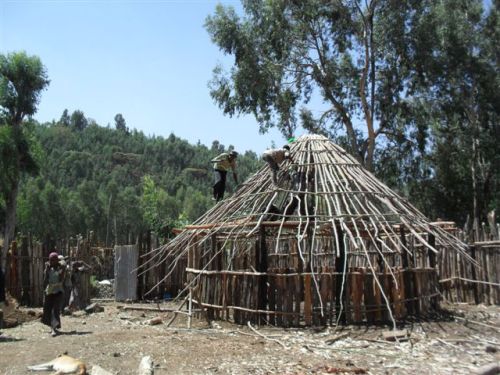 With the roof timbers in position, the next job was the thatching. 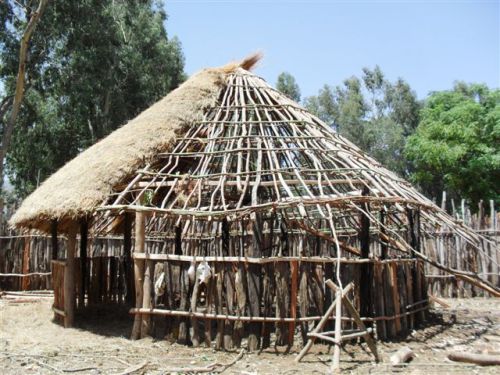 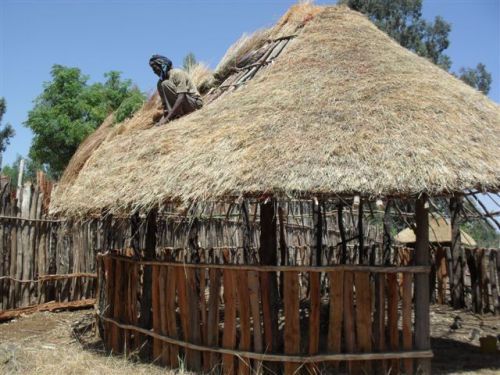 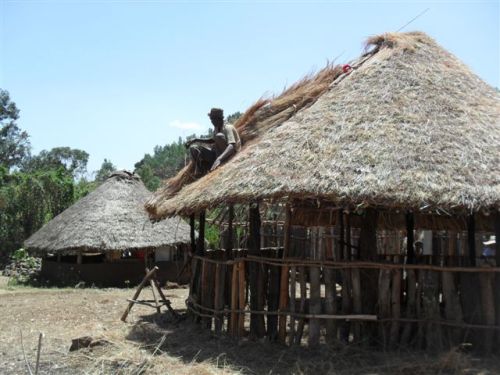 All this was achieved in just one week (22-29 March)!
Next
Previous