The schoolchildren have watched and enjoyed the film of the Harry Potter and the Philosopher’s Stone book by J K Rowling. They love to play at witches and wizards. 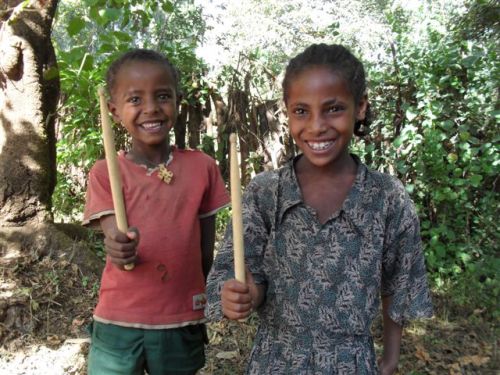 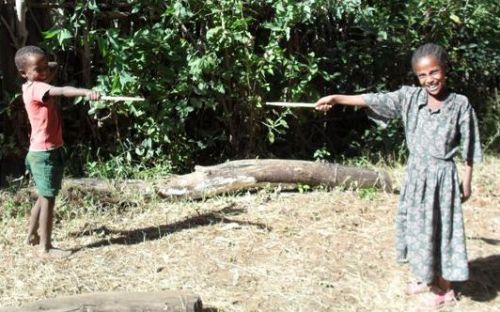 The children perform Harry Potter’s magical spells, such as "Reducto!" to knock a pile of boxes down in the sandpit. 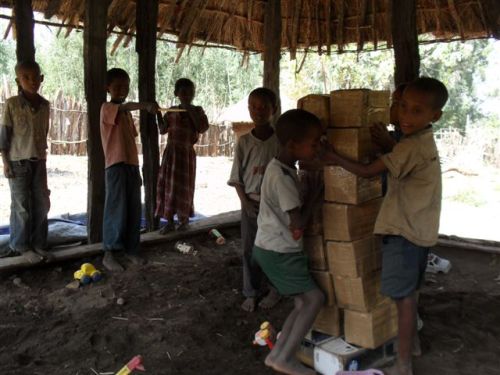 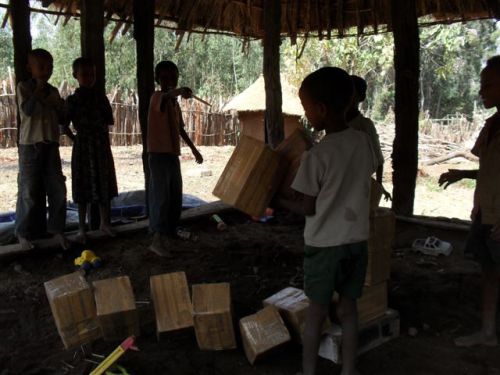 "Reducto!" and down they go!

After lessons, the children often play in the meadow outside the school, racing up and down on their homemade broomsticks.

Betty, an English supporter, regularly sends a variety of useful things for the school in small cartons. The cartons are recycled as giant building blocks in the sandpit after being wrapped in brown plastic tape to make them more robust so that they last longer.
Next
Previous