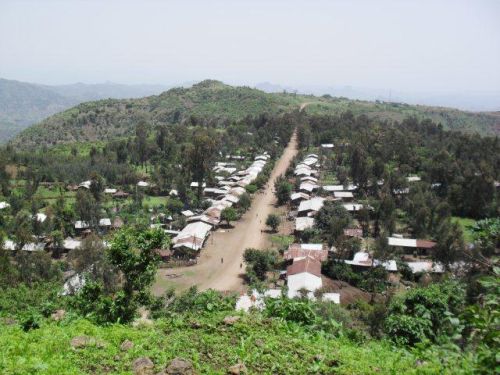 Dib Bahir village (view north)
The land on which the school is being built is owned by Kate and her husband. The school compound is 1,000 square metres in area, which is adequate for the next year or so, but Kate hopes to extend the school grounds in future, when she has the money to buy more land.

Building work is underway using locally-available materials - stone, wood, mud and straw, and hay. Two classrooms have been constructed in the traditional style. The Amharic name for this type of round, thatched hut is gojobet. See the NEWS section for building progress reports. 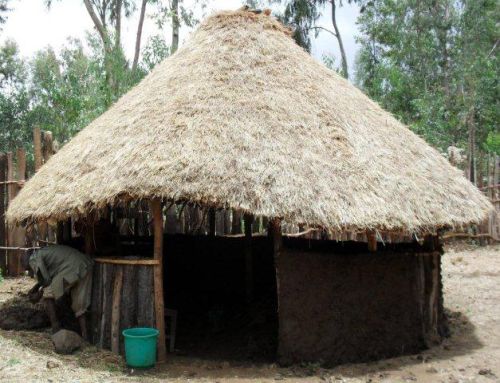 the rendering almost compete
To make a donation to help with classroom construction costs or to enable Kate to buy more land for the school, please see the GIVE section.

The school is next to a level meadow which was a military camp during the Italian occupation of Ethiopia (1936-41) but for the past 70 years or so has been common grazing land. Initially, Kate had hoped to build the school here, but her plan was opposed by some local people, so for the time being she has withdrawn the school's application to occupy this greenfield site. However, the school makes use of the meadow for sports. 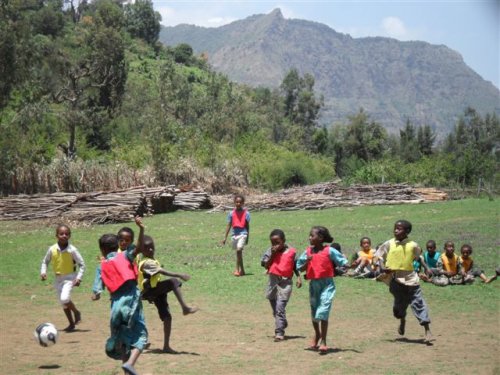 Windsor vs Fereday
Next
Previous