Previous
Next
In 2010, Empress Mentewab School's link school, Ffairfach School in Wales, donated £300 to be used to build a sandpit. 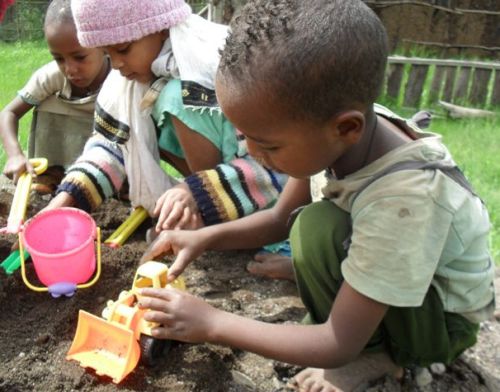 Kate had grand plans for the best (perhaps the only?) school sandpit in Ethiopia. It was going to be a large sand-mountain that the children could climb over and jump off. Two lorry-loads of black river sand were purchased and dumped at the old school site. 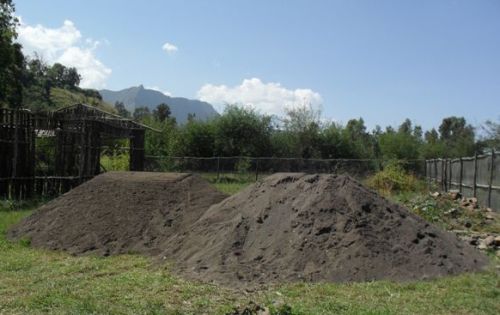 Unfortunately, because the school had to move to a smaller area of land in early 2012, the new sandpit is not as grand as Kate had hoped it would be. Also, some of the sand was used up making the concrete floor in the gojobet (classroom).

In late June 2012, Kate marked out a circle with a diameter of 4 metres. She wanted the new sandpit to be similar in design to the gojobet (classroom) but with low walls to retain the sand. The thatched roof would provide shade. The children would be able to sit on the low walls. 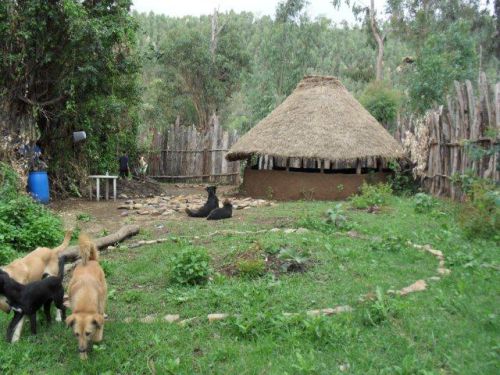 stones mark the location of the new sandpit

While Kate was away in Debark during early July, the new sandpit was constucted. On returning home, she found that the sandpit had been built - in true Ethiopian fashion! - as a square (4 metres by 4 metres). 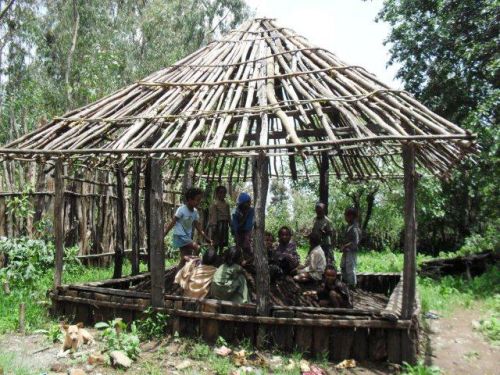 There is now a need for funds to buy (1) grass for the thatch, (2) a plastic sheet to cover the sand when it is not in use (to keep local cats from using the sandpit as a toilet) and (3) buckets and spades and toys that the children can use in the sandpit (the school has very little in the way of sand play equipment).

If you are willing to send plastic buckets and spades and toy diggers, these would be most appreciated by the children. 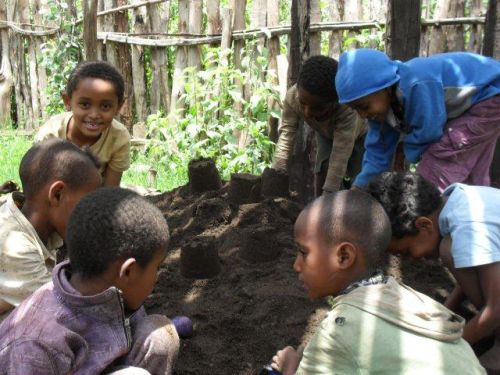 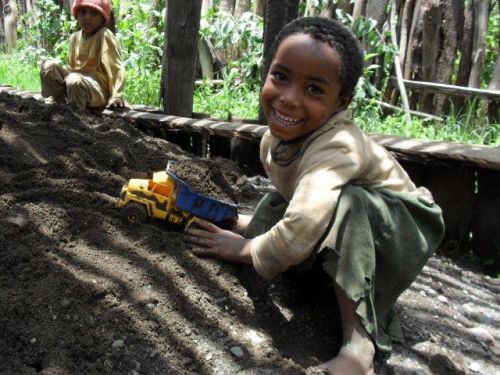 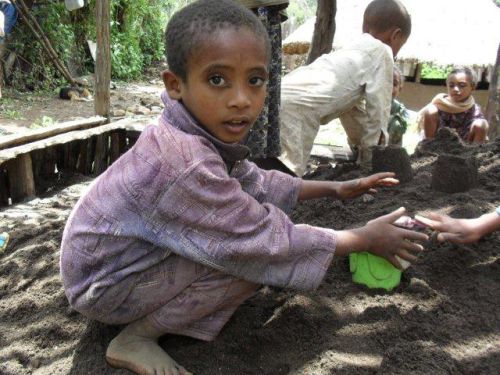 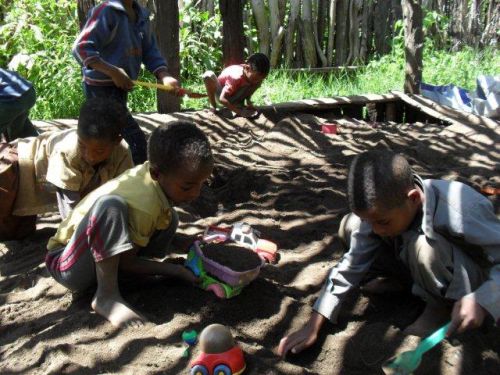 Grade 1s playing in the sandpit
Next
Previous