Mentewab
The school is named after the beautiful, generous, witty and intelligent Empress Mentewab who lived in Gonder in the 18th century.

Kate chose the name because Empress Mentewab is an important figure in Ethiopia's history and also because so many schools in Gonder are named after emperors (Bakaffa, Yohannes, Fasilides).

Mentewab is an Amharic name that means ‘How beautiful she is!’.

Along with those of her son and grandson, Empress Mentewab's skull and bones are on display at Kusquam, the palace she built a short distance west of Gonder city. The palace is ruined now, but the great banqueting hall is still impressive to see. The Scottish explorer, James Bruce, stayed at Kusquam around 1770.

Mentewab was born in about 1706 and given the baptismal name of Welete Giyorgis ("Daughter of St George"). She was the wife of Emperor Bakaffa who died in 1730, and outlived her son (Emperor Iyasu II) and her grandson (Emperor Iyoas I), both of whom were assassinated, in 1755 and 1769 respectively. She died at Kusquam aged 67 on 27 June 1773. 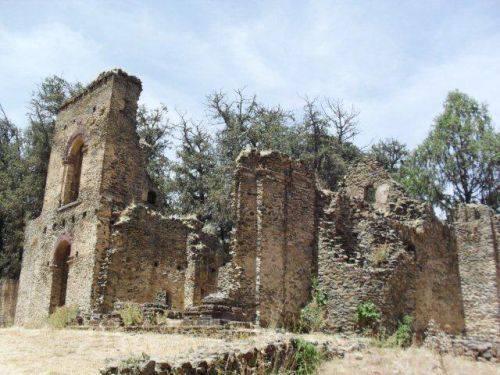 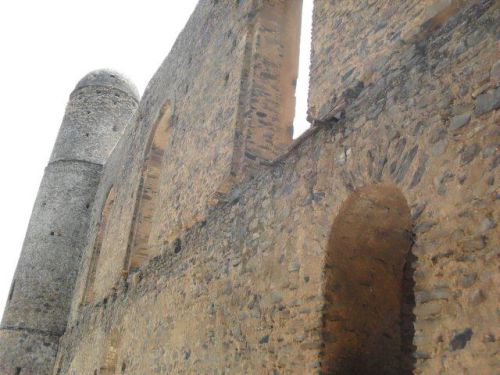 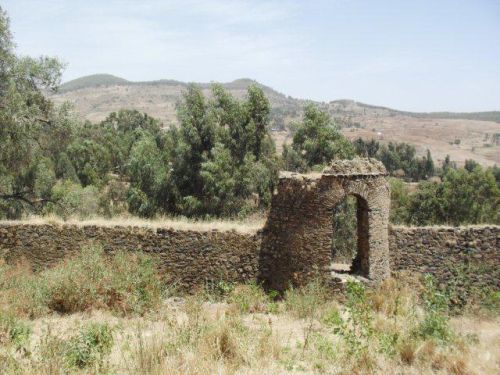 looking north-east from Kusquam
Next
Previous